KennyK said:
It's in customs over in Hong Kong. At least that's what minisforums is telling me. It's suppose to clear in 1 to 2 days but that's what they told me a week ago. I got the 4650 because 4750 wasn't available at the time. Maybe one day, I'll swap the processor when the prices drop.

There's a link on your receipt that you can click on to track it. I've also emailed the seller. I think it's Hi@minisforum.com
Click to expand...

My fulfillment status says unfulfilled. So I guess nothing has happened yet for my order. They did say it would ship late April so I'll continue to wait and hold my breath.
F

JDubbedN said:
Glad to hear you got it! How odd though, I ordered mine on April 9th and my order still says unfulfilled and yet you got yours very quickly. It doesn't sound like they are prioritizing orders at all. What country do you live in? I am out of the US. How were you notified that it was shipped? Was it by email or did you have to log into the order status page to find out?


I had been been watching the x400 like a hawk and never knew it got restocked March 21st. I even emailed their support and I had myself on a list to get notified when it came back in stock. and was never notified. I had to camp until that "Buy" button became clickable.
Click to expand...

Sorry for the late response here. It's been a heck of a week between work and a busted pipe in the kitchen leading to a cornucopia of issues that resulted from it.

I ordered mine around the same time as you did - on April 9th. On the 15th I got an email from Minisforum that there was a shipment on the way. At first it was simply showing a shipping label had been printed. But the next day it was updated (I was checking DHL) that they had received the package. It sat in customs for a few days in Hong Kong. Then it sat in customs for a day once it arrived here in the US.
F

I should also add that I got the 4650G/256GB version. That could be a reason as to why mine arrived sooner - perhaps you ordered a different version.
J

FrankieThomas said:
I should also add that I got the 4650G/256GB version. That could be a reason as to why mine arrived sooner - perhaps you ordered a different version.
Click to expand...

Thanks for the reply. Sorry for your troubles. I understand that oh too well.

Yes, I ordered the 4750g/512GB which just came back into stock April 9th, when I ordered it. I actually saw the buy button become clickable April 8th but waited a day in hopes of a discount code, like the others.
K

FrankieThomas said:
I should also add that I got the 4650G/256GB version. That could be a reason as to why mine arrived sooner - perhaps you ordered a different version.
Click to expand...

Maybe they didn't have the 516GB drives. If they would have communitcated that with me, I would have taken the 256GB drive rather than wait extra weeks for it to ship.
K

I finally recieved tracking status that it was handed to DHL on 4/25. I got a different tracking number, before all they did was create a shipping label. It looks like I might be getting it on Friday 4/30. That's five weeks after I ordered it.
K

I am still waiting on my x400 4750 to ship. I was told it would ship end of April. The status still shows unfulfilled. I am eagerly waiting.
K 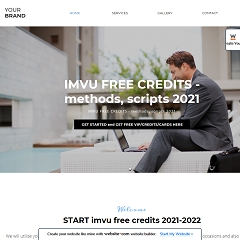 ===========
The line between social networking and gaming is increasingly blurring, and internet incumbents are taking notice. NetEase, the second-largest gaming company in China (behind Tencent), is among a group of investors who just backed IMVU, an avatar-focused social network operating out of California.

Menlo Park-based Structural Capital among other institutions that also joined in the strategic round totaling $35 million. IMVU has raised more than $77 million from five rounds since it was co-founded by â€œThe Lean Startupâ€ author Eric Ries back in 2004. The company declined to disclose its post-money valuation.

The fresh investment will be used to fund IMVUâ€™s product development and comes fresh off a restructuring at the company. A new parent organization called Together Labs was formed to oversee its flagship platform IMVU, in which users can create virtual rooms and chat with strangers using custom avatars, a product thatâ€™s today considered by some a dating platform; a new service called Vcoin, which lets users buy, gift, earn and convert a digital asset from the IMVU platform into fiat; and other virtual services.

Founded in 2005, NetEase is now known for its news portal, music streaming app, education products and video games that compete with those of Tencent. It has over the years made a handful of minority investments in companies outside China, though itâ€™s not nearly as aggressive as Tencent in terms of investment pace and volume.